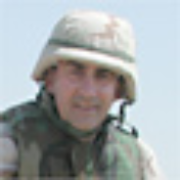 There are always rules!

Started by Stu Carter in Rules and News

Toy Forum How To

HI i'm thrifty dolly. I've been collecting dolls for 17 years and went on my first doll hunt when i was four. I collect a lot of different dolls as well as anime figures.

Right now i currently collect monster high, ever after high, american girl, our generation, and my little pony including esquestia girls.

I also here and there buy littest pet shop, disney princess, barbie,moxie, lalaloopsy and bootlegs of other dolls i collect.

I plan to try once upon a zombie and vi and va sometime this year.

I consider something I'm actively collecting a series i purchase from every month. Here and there varies from once a year to once every 2 months. inactive means if it isn't in stores i won't pursue it so if bratz come back they will be added to the here and there pile lol.

Nice to meet you.

You need to be a member of Pop Culture Toy Report from Atamaii.tv to add comments!

This reply was deleted.